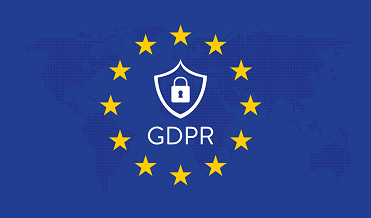 If you were like me, you must have received more than a dozen of emails from different organizations whose services/products you have signed up for (some of which you might have forgotten) telling you of updates to their privacy policies.

The recent policy updates were done to meet the May 25th, 2018 deadline to comply with the requirements of the General Data Protection Regulation (GDPR), a data protection law approved by the EU Parliament in 2016.

This regulation literarily shook the whole world, keeping service providers on their toes, making them accountable to the owners of the data held by them (maybe for once).

Even though, the regulation is directly aimed at protecting the data of EU citizens, but we all know how technology has removed all forms of boundaries and has made it possible to extend our online services to users in all parts of the world, so much has changed since the data protection acts of the 90’s, user data has become a tool in the hands of organizations, data has also become more available than before.

The main intent of the GDPR is in two folds, namely:

Organizations who fail to comply with the rules will pay a fine equivalent to 4% of their previous year annual turnover or up to 20 million pounds whichever is greater. We can now understand why the new regulation is being taken more seriously than its predecessor and even the available security best practices requirements.

Obviously, this regulation calls for a change in the way software is being built, the way merger and acquisitions are being conducted, marketing, advertisements and other business activities that impact on user privacy, since everything eventually boils down to the way software are being developed to process data, there is no other time than now for us to develop our software following best practices and build secure applications.

Going by the mantra of the Information Commissioner’s Office (ICO), the UK’s independent authority tasked with the responsibility to uphold information rights in the public interest and also promote openness by public bodies and data privacy for individuals, software should be developed using a “privacy by design” approach